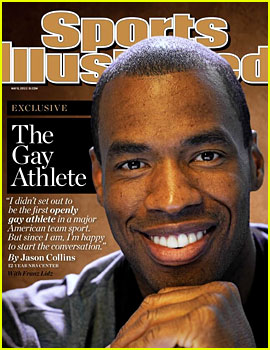 ♣ We are nothing as people if we aren’t ourselves. ♣

“This above all: to thine own self be true,
And it must follow, as the night the day,
Thou canst not then be false to any man.

DETROIT (JSC) — Good evening people. I’d like to start this off by saying that I’m a 33-year-old journalist. I’m black. I’m from Detroit. And I’m heterosexual. I’m sure that will come as a shock to basically none of the 12-15 people who actually read my regular musings on this blog. I decided to follow the lead of my now world famous namesake, Jason Collins, and just put it out there. The “news” that dropped today hit like a sledgehammer to the heads of a lot of tried and true “real men” out there. To me, and a the vast majority of people, it was a watershed moment and long-awaited. It’s 2013. Let’s not be naive enough to think that there haven’t been gay players in the NBA or NFL or MLB or the NHL. But the funny thing about someone coming clean about their sexuality, it brings out the Dinder Mifflins and dodo birds who actually think that how they feel about who someone else loves actually carries weight. Welp, I’m here to square a few things away right now. Let’s Go. 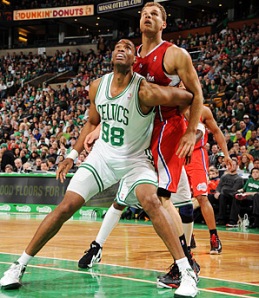 It is rare that an NBA free agent center who has career averages of 3.6 points and 3.8 rebounds per game (!!!) makes any sort of news for anything good. Count me as one of those cats who initially saw the headlines and said “Wait…Jason Collins is still in the league?” (Though you could argue that since he played for the sorry Wizards for most of this year, he wasn’t really in the league). But Collins’ revelation in this week’s Sports Illustrated was enough to turn everyone’s heads. The reaction on Twitter was as you would expect: A combination of profound thoughts, dismissive indifference, and borderline criminal ignorance. Before I address the good and bad, I’ll bluntly put it out there for you slow people: I am happy as hell that this dude came out. I couldn’t imagine what it would be like living in the closet for my entire life. There’s one quote in particular that jumped out at me where he talked about coming out to his aunt:

“She gave me support. The relief I felt was a sweet release. Imagine you’re in the oven, baking. Some of us know and accept our sexuality right away and some need more time to cook. I should know — I baked for 33 years.”

While I’ve never wrestled with my sexuality (and please don’t think I’m making any sort of equivocation between mental illness and homosexuality), I have fought depression and anxiety disorder and had people who claimed to be friends and supporters of mine abandon me as soon as I disclosed that to them. So coming out as gay has to be 100,000x as mentally taxing. This is a much different situation from Brittney Griner’s passively coming out last week. A high-profile woman coming out is not a big deal anymore. Martina Navratilova killed that noise nearly 30 years ago. It’s still a massively huge deal for men. Being gay is still viewed as the antithesis of manliness. Men often live tortured lives having to live up to this prescribed code of what being a man is. Look at the idiotic “Locker room/Shower” question that crops up in regards to gay athletes. Just so I’m clear, Gay men — often seen as meek, soft, effeminate, and girlish — suddenly get in a locker room full of straight men and turn in to the Incredible Hulk? Get over yourself homie. Just like 95% of the women you encounter, that dude ain’t checking for you. This asinine idea that you have to be on the lookout in a locker room is the equivalent of an old white woman deciding to clutch her purse when a black man walks toward her on the street. If anything, if you’re so damn worried that a gay man is gonna suddenly see you naked and go bananas, I’m questioning you a lot more than I am the gay dude. Y’all been watching too much Fleece Johnson on Lockup.

Back to Collins, it’s an amazingly telling piece and overall, it took stones the size of honeydews to do what he did. He drew a boatload of praise for his decision to come out. Two of the most well known tweets came from Kobe Bryant and former President Bill Clinton:

Proud of @jasoncollins34. Don’t suffocate who u r because of the ignorance of others #courage#support#mambaarmystandup#BYOU

President Clinton’s statement was more pointed. Chelsea Clinton is a personal friend of Collins as they both knew each other from their days at Stanford.

“It is also the straightforward statement of a good man who wants no more than what so many of us seek: to be able to be who we are; to do our work; to build families and to contribute to our communities. For so many members of the LGBT community, these simple goals remain elusive. I hope that everyone, particularly Jason’s colleagues in the NBA, the media and his many fans extend to him their support and the respect he has earned.”

There were millions more tweets and messages of support thrown out at Collins, and I actually felt good to see that. Hell, there was more slander being thrown his way for being a nondescript NBA center than for coming out. But then again, not everybody came correct. It was Miami Dolphins Wide Receiver Mike Wallace who was the first dummy to go on Twitter with a foolish tweet. He was soon followed by members of the God squad, who seem to feel that they are the arbiters of everyone’s lives. I don’t care how this comes off to my fellow Christians, I’m just gonna say it: No one gives a damn about what you or your interpretation of the Bible says. Just saying “These are my Christian beliefs” doesn’t make something right or acceptable or above reproach. A lot of ignorance is fueled by faulty “religious beliefs.” It’s like interjecting race into discussions. It’s an easy ejector seat for those looking to end an intelligent conversation.

Getting on TV and sounding like a Bible-thumping snob doesn’t set well with me. It’s doubly problematic hearing Black people be crass homophobes, but I’ll get there in a second. Getting on TV and saying that homosexuality is “a rebellion against God.” then chasing it by saying that you “tolerate” the “gay lifestyle” is weak. How magnanimous of you, sir. Nice to see you have to “tolerate” other people living their lives, you know, much like some racist redneck has to “tolerate” you being black and on TV. But it’s cool though, because they’re your “religious beliefs,” right? Please. Gays in this country are still the softest of soft targets, right next to Arabs and Muslims. While it’s not nearly as socially acceptable to make fun of or discriminate against gays, people still try to do it (often with disastrous results) and it clearly pisses of hardcore Christians that they can’t hate Gays so freely. So instead of being “real” about it, they resort to this arrogant, passive-aggressive “tolerance” of Gays/Muslims/Interracial Relationships/Whatever the Hell Christians think is an “abomination” at that given time period. Never mind that the same people who sit in judgment of the Gay “lifestyle” are the same ones who demand that we not judge their adulterous pastor or a physically abusive family member. The same ones claiming that Gay marriage goes against “Traditional Christian values” have co-habitated with women for years, have out-of-wedlock kids, or 72-hour marriages. And if you’re one of those simpletons who has an issue with me standing with others, learn to love it. I don’t answer to you. I answer to God, the same one you’ve been misrepresenting. And while I answer to God, I don’t profess to know what his will is, and neither do you. So have your friend hand you a stepladder and get off of your high horse, buddy.

That brings me to my other issue: Black people being bigoted homophobes. If I have to hear this foolishness one more time, I’m gonna scream: “I’m offended when Gay rights are compared to racism. It’s not the same! I didn’t choose to be Black. I can’t hide being black. They can hide being gay! It’s a choice!” Ugh. Where do I start with this? First, let me understand, it’s NOT the same as racism? So when gays are barred from marrying, redlined out of neighborhoods, banned from adopting children, assaulted on the street, and killed, that’s NOT discrimination? Strange, that sounds a hell of a lot like some of the fun stuff they did to us during Jim Crow. Secondly, yes, you didn’t Choose to be Black. Gays don’t choose to be Gay. I know that’s difficult for your simple minds to fathom but it’s true. I mean, let’s be real, knowing how Gays are treated in this country, why in the Royal Blue hell would anyone CHOOSE to be gay? Thirdly, any moron who thinks they can’t “hide being black” clearly didn’t pay attention in history class. Black folk used to “pass” for years. Hell, a lot of it was during your parents’ or grandparents’ lifetimes. Whether it was through looking “white” due to being the product of an interracial relationship (you know, the original “Gay Marriage”) or through more harsh methods such as bleaching skin and relaxing hair. F— outta here w/that we can’t hide it nonsense. Furthermore, why should someone have to hide who they are? Because your soft, insecure ass can’t handle it? Who the f— do you think you are? Discrimination against anyone is bullshit, that even includes Gays. And be careful who you thump with that Bible. Remember, someone once used it to thump your great-grandfather into second-class citizenship.

In closing, I reiterate that I applaud my fellow Jason for coming out and wish the man nothing but the best. Everyone deserves peace in their lives. Everyone deserves to be happy. Everyone deserves to live their lives the way they see fit. For you Bible thumpers who feel the need to say that you don’t “condone” what another man or woman does with their lives, I would like you to open your books to Matthew 7:1, which says “Judge not, that ye be not judged.” It’s 2013. Times have changed. Don’t be like so many others on the Wrong Side of History. Let people be who they are. You would want the same, wouldn’t you? That’s enough from me. I’ll let Mr. Collins have the last word here. Thanks again for your time.

“No one wants to live in fear. I’ve always been scared of saying the wrong thing. I don’t sleep well. I never have. But each time I tell another person, I feel stronger and sleep a little more soundly.”

The 177th Day since the Detroit Lions’ Last Victory

One thought on “Man’s Game: The Courage of Jason Collins”