PHILADELPHIA (JSC) — What’s Good Y’all. I hope I remember how to do this. 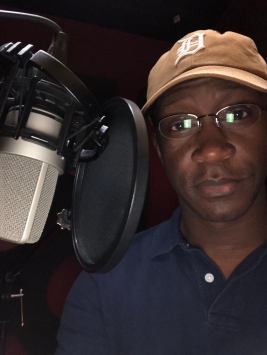 To say that 2018 has been a god-damned adventure is putting it mildly. It’s been one of the weirdest years of my nearly 39 years of life. I can say — without question — I have had more “WTF” moments (both good and bad) than one man should have as an adult. It’s been nuts. I’ve also noticed that it’s been three months since I posted anything on this page. I even fell behind on posting updates on JSC Radio! That’s how wild, stressful, and weird that 2018 has been. Some of this, you guys know about, and I won’t rehash it here. A lot of it you don’t so I’ll explain here.

If you haven’t noticed, this post is going to be very unfiltered and uncensored. At this point, if you’re jarred by a few dirty words, you can leave now. I sincerely no longer care at this point. Either you like me or you don’t but you’re reading one way or the other.

What exactly has been going on?

I found myself floundering between staying in media, staying in journalism, and going out on my own and just finding something else.

So when I last checked in on this site, I was about 2 months removed from being fired from the job that brought me to Philadelphia in 2015, and that I had largely loathed since late 2016. I’ll spare you too much of the details here, but just know that I was miserable. Prior to it ending there, I had been volleying the notion of completely quitting media and starting my own thing — more on the latter half of that later.

In the three months between jobs, I found myself floundering between staying in media, staying in journalism, and going out on my own and just finding something else. I love being on the mic. The Podcast is probably my favorite thing in life right now, and that’s getting bigger by the show. Through JSC TV, I have realized how much I really dig doing TV. As you can see here:

Since February 12, I have had some really cool and fun experiences while not being tethered to a desk at 4:00 in the morning. I was able to bang out 12 episodes of the show, which also in that time became available on Spotify and iHeartRadio — a big fucking deal considering where that podcast started in 2016, to be on those platforms is major. I was also tapped to tell my #WhileBlack story for Mic.com. Episode 80 of JSC Radio — and there will be a full blog entry on that coming this week — expands upon that subject and I feel that one should fully stand alone.

I talked a whole lot about the slow rebirth and renaissance of my hometown — the city that I love, the city that made me who I am, and the city I eventually want to return home to…

I guess, I should also explain that picture at the top of this blog and how the hell I ended up, albeit briefly, in that great History Channel documentary on Detroit. We have to go back to 2011. I was finishing up grad school at Wayne State University, when one afternoon I had grown frustrated with seeing the still rotting husk of the Michigan Central Station as I drove up I-75. This also came at a time when I was dabbling with the idea that I wanted to start a YouTube Channel (I still do, BTW, just not quite sure HTF it’s going to happen). I had previously done a similar video in front of what was the old Cass Technical High School. So, this particular day more than seven years ago, I pulled my car up to it and shot this video:

Nothing major, in my eyes, really came of the video. It got a couple of thousand views, life happened, I got my Master’s Degree and went on to have a moderately successful career. So you would understand the shock that came over me one morning a few weeks ago when a producer from Nutopia, the British production company that handled most of the shooting of Detroit: Comeback City, contacted me via e-mail. Here I am in Philadelphia, 7½ years later, and suddenly a producer e-mails me saying they’re working on this doc, and they had stumbled across THAT video! So, next thing I know, I scramble back onto YouTube to jog my memory — I legit hadn’t watched the video in at least five years — and I hope it wasn’t too out of pocket. Surprisingly, it wasn’t. Later that afternoon, I sat on the phone talking to a producer back in London and was telling my family’s Detroit story to them. They apparently loved my energy in both the video and in the interview — interesting how it’s appreciated in the U.K. but it tightens up ass cheeks in the U.S. — and 10 days later, I was on a flight back home to shoot a segment for the doc. 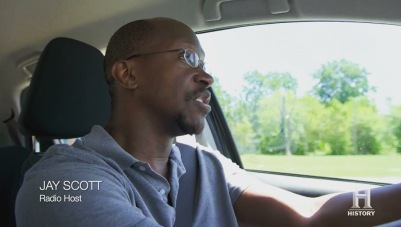 Of course, nothing involving my life comes easily. I arrived at Detroit Metro Airport that morning, and had to get a rental car…which naturally had none available. Meaning I had to hop in an Uber and ride 30 minutes from Romulus to Ann Arbor to get the last remaining rental car. After a painful 30 minute wait for that car, I then turn around and drive back to the city from Ann Arbor to meet with the crew. That’s another 45 minutes in the opposite direction and I was hauling ass all the way back! I finally arrive in the neighborhood, which was near Jefferson Ave. on the lower east side, and I’m greeted by the Nutopia crew. Great people. And they immediately set up in the rental car.

You know when you see those TV shows, or reality shows, or movies where a guy is driving and doing an interview (think Comedians in Cars Getting Coffee or WWE’s Ride Along), just know it isn’t as simple as setting up a small camera on the dash or a cell phone and hitting play. Dude pulled out the biggest damn camera I’ve ever seen. It was MASSIVE. They also set me up with a mic and dropped an mini wireless soundboard into the trunk. The rest of the crew was in an SUV behind us with the full hookup and they trailed behind us. Once they mic’d me up, and made me take off my Detroit Tigers hat because of #licensing, thus me not having my hat on in that clip, a director started asking me questions about my life in Detroit and we were rolling..

For the next hour, we start driving and I start talking. We drove all over the City. We talked about EVERYTHING. I told the story of how and why my late grandfather, Ezra Nelson, left Birmingham, Ala. in 1952 to take a job at Ford Motor Company. My family, like so many others at that time was apart of The Great Migration from the South. That gig brought my grandmother, mom, and three of my aunts to Detroit and out of the aggressively racist Jim Crow South. I talked about what it was like to grow up in the 80s and 90s in the city. Watching the city struggle to regain its identity and recover from the social and economic ravages of the 1967 riots and the aftermath.

I talked about what it was like being a reporter earlier this decade covering my city’s third collapse, including the Kwame Kilpatrick foolishness and later with the devastating bankruptcy that had been years in the making due to laziness, incompetence, and malfeasance. I talked a whole lot about the slow rebirth and renaissance of my hometown — the city that I love, the city that made me who I am, and the city I eventually want to return home to — and how Old Detroit and New Detroit are battling against each other. The whole shoot took about 90 minutes and I was back in Philly 24 hours later.

I said all of that…and literally about 8 seconds of it made it in the documentary (lol). Truthfully, I couldn’t have been happier that I made it at all. It was exhilarating.

Life is better now than it was on Feb. 12…but it could obviously improve.

What does the rest of this year and the future hold for me? WTF even knows at this point? Two days after the high of that doc airing — a situation where most companies would embrace the exposure — and less than two months into a new gig, I was let go, Yep. I got fired a second time in four months! :::Matt Hardy Voice::: WONDERFUL!!! I was only there for six weeks, and had barely had a chance to implement anything that was actually planned, but, you know, whatever. I get to sleep in again.

So I am once again a free agent, and I’m trying to make sense of what my next move will be. I’m headed back to Detroit for the NABJ convention a month from now. I’ve just done a soft launch of my voice over business, JSC Voice, which is my first wholesale attempt to really market this voice that you all seem to think is so damn special. I’m still doing JSC Radio (and loving it), I’m still doing JSC TV, I’m back writing with TheGrio, and I have a couple of other things in the pipeline that I will NOT discuss here.

The primary message I wanted to get out there through all of this is that for one, I’m doing ok. Life is better now than it was on Feb. 12, but it could obviously improve. But also, no one’s journey is static. Everybody goes through ups and downs. Would I prefer to actually have some stability? Of course! Do I see that in this industry? I honestly don’t know. Am I tired of the fickle, hypersensitive nature of this business? Absolutely. I was tired of that shit years ago. And yes, I know writing this might further alienate me. But, at this point, 15 months shy of my 40th birthday, and more than 20 years since I got my first paycheck, I am who I am. Take it or leave it. I’m too old and I’m just too tired of smoothing over fragile egos in this business.

In closing, 25 years ago TODAY, my mother was diagnosed with cancer. On July 9, 1993, it was the single most devastating moment of my young life — I was only 13 at the time. I would lose a close friend to suicide weeks later. I watched my mom in the years that would follow beat cancer, finish off a nearly 40 year career as a teacher, live a life that many people half her age would kill for, and recover from multiple surgeries. So, if you wonder what I’m made of, take a look at her. So you can dismiss me all you want, my ass is not going away. And just like I tell others, I believe #SuccessIsCertain. I’m just trying to figure out WTF that success. The Blog Is Back, and So am I. You’ve been warned.