PHILADELPHIA (JSC) —  What’s Up y’all! So, ummm, if you’ve noticed, a few things have changed around here at the good ol’ Mothership. The #JSCBlog has become JayScottSmith.com, for starters. It’s been years in the making getting this blog to become an actual site and over the course of the next few weeks, you’re going to see all of the changes. JSC Radio has become much more of a THING since I last posted here back in September. The People’s Podcast still doesn’t have a set genre, which is by design. I’ve taken to calling it a lifestyle podcast. It’s a podcast that uses sports as a backdrop for everyday life. In the Last few months, the show has expanded from Soundcloud, iTunes and Stitcher Radio to adding Google Play to the network! Also, as you’ve seen on the JSC Radio page, we’re now up to 38 full episodes, with the most recent dropping last night. Going forward, expect there to be an update every week when a new show drops — usually, but not always — every Thursday. The show is also on Twitter at @JSCRadio!

Head over to the JSC Radio page to catch up on Episodes 18-37 including where I interviewed a rising star at ESPN, talked to a dynamic young woman who is changing the way we look at Feminism, managed to apologize — then un-apologized — to the Detroit Lions, talked about Ric Flair’s greatest hour, and we passed a milestone one-year anniversary that also talked about WrestleMania and so much more. There’s also the detail of This Week’s show, where I get serious about mental health, Steve Stephens, and Aaron Hernandez.

END_OF_DOCUMENT_TOKEN_TO_BE_REPLACED

PHILADELPHIA (JSC) —  What’s Up y’all! So it’s been five months since I updated this blog and JSC Radio has kinda become more of an organized THING. When I first started doing this podcast back in March, my goal was for it to evolve into an extension of this blog and eventually become the “People’s Podcast.” It doesn’t have a set genre by design and that allows me to take on different issues every week. In the Last few months, the show has expanded to both iTunes and Stitcher Radio (Hey, Hey!). I’ve talked about everything from WrestleMania to A Tribe Called Quest to the Detroit Lions to Mass Shootings and the deaths of Philando Castile and Alton Sterling. From Brexit to the NBA to the Olympics, I’ve been all over the place, but there’s also been a common theme: These podcasts are about giving a different voice to different subjects. I’ve also been lucky enough to have two great guests on the show. The first was Jenee Darden, the daughter of Christopher Darden — who is best known as being one of the prosecutors in the O.J. Simpson Trial — following ESPN’s incredible documentary on Simpson. The second came earlier this week when I talked to Lara Witt, a journalist, blogger, Feminist activist, and sexual assault survivor who grew up in Switzerland but moved to Philadelphia in 2010. The reason I brought her on was to bluntly (very bluntly) address the NFL’s — and football as a whole — treatment of women and how their reaction to violence against women seems to to pale in comparison to things such as refusing to stand for the National Anthem. Let’s Go

END_OF_DOCUMENT_TOKEN_TO_BE_REPLACED

♠ Time to get this off the Ground ♠

LAKEWOOD, N.J. (JSC) — I wrote my first true blog in the fall of 2003 when I was in Detroit. Yep. 12 years ago. It was on Xanga.com. I’m not quite sure if that site still exists or if it went the way of such extinct things as the Passenger Pigeon, Dodo Bird, Death Row Records, and MySpace. I just know that when I started blogging, I was about six months past my graduation from Michigan State and I was just looking for a way to express my damn opinions without the need of a filter. Over the last dozen years, I’ve managed to take the bloggage from Xanga, to MySpace in 2007, briefly to Facebook, before finally settling here on WordPress in 2009 when the site was in its infancy. The ill thing is that you can clearly see how I and this blog has evolved in just the last six years. Lord knows if I read some of the stuff I wrote in 2003, when I was 24 years old, what’s left of my hair would turn white. So let’s get to the point of this piece of business: I’m looking to grow this blog and the soon-to-premiere podcast, JSC Radio, and I’m looking for sponsors and ways to monetize this thing. I’m not asking for your “advice” nor am I asking for a hand out. Spare me your “Go get a side hustle” crap. I’m looking for people who own businesses who are looking to get themselves some exposure and grow them. We’re talking square biz to you right now. Let’s Go!

END_OF_DOCUMENT_TOKEN_TO_BE_REPLACED

♣ The Toughest Jobs are often the most Thankless…♣

“Of all the rocks upon which we build our lives, we are reminded … that family is the most important. And we are called to recognize and honor how critical every father is to that foundation. They are teachers and coaches. They are mentors and role models. They are examples of success and the men who constantly push us toward it.”

DETROIT (JSC) — On Father’s Day 2010, I wrote what became one of my most controversial blogs ever. It was written due in large part to my irritation and disgust at how Father’s Day was being overrun by bitterness from single mothers demanding special “recognition” on Father’s Day as well as their incessant whining about “deadbeat dads” and constantly diminishing of the role of fathers, MEN, in their kid’s lives. When I wrote that blog (which you will see in its updated entirety below the page break), I expectedly got a lot of angry blowback from “offended” single moms who tried in vain to insist that they are on equal footing as fathers and that I’m just “sexist” and “angry” and blah, blah, blah…basically trying to do what they always do to men who dare to defend themselves: Shout them down. Since then, there has been much more noise made by not only Fathers, but married women and other single mothers over stopping this disrespect of Father’s Day. I’ve even had a few single and formerly single moms admit to me off record that I was right. While I have no kids of my own, I’m a man who is grateful to have my dad around. That blog was as much about defending his honor as anything else. I will not “agree to disagree” about this. Fathers are as important (and in a lot of cases, MORE important) than Mothers. A few things have changed since 2010, but the message will not. Thanks again and Let’s Go. END_OF_DOCUMENT_TOKEN_TO_BE_REPLACED 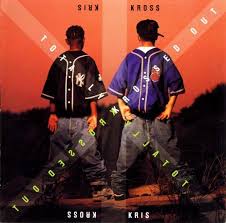 DETROIT (JSC) — Like most people in today’s digital age, I am an avid connoisseur of iTunes. As a child of the 80s and 90s, I came up on cassettes and later CDs, but once it got to about 2002 and I had long since discovered Napster, I needed a better way to keep what at one point was over 3,000 CDs and another 800 or so tapes in check. That’s when I was introduced to iTunes and got my first iPod in 2005. It was on like Donkey Kong from there. Over time, I learned how to create “smart playlists”  and my inner program director was born. I don’t need Pandora. I have 5,500 songs at my disposal. I have playlists on my iPhone which include “70s & 80s Classics“, “90s R&B“, “Detroit Music“, and my personal favorite “The Golden Age of Hip-Hop.” The one playlist I have that I hate updating — despite it having some incredible music on it — is the “In Memory Of…“ playlist, which consists of artists who have passed away or groups that have lost a member. Unfortunately, late last night, I had to add Kris Kross to that list. This #TBTonJSC, shows love to a dude gone too soon. END_OF_DOCUMENT_TOKEN_TO_BE_REPLACED

This was originally posted on June 20, 2010, ie last Father’s Day. It was written as a tribute to my dad (and all other MEN who either are fathers or play that role), but it was also a very pointed message toward Single Mothers who almost arrogantly insist that they be “honored” or “recognized” on Father’s Day, as well as insinuate that they can do both roles. Speaking as a man who had a Father in his home, you can’t. The year that has passed has only strengthened my stance on this matter, BTW. Here you go.

♣ The Toughest Jobs are often the most Thankless…♣ “There’s so much negative imagery of black fatherhood. I’ve got tons of friends that are doing the right thing by their kids, and doing the right thing as a father — and how come that’s not as newsworthy?” — Will Smith (No Relation…sadly) SOUTHFIELD, Mich. — It’s a warm and quiet early summer evening on the northwest side of Detroit. It’s the rare quiet and peaceful neighborhood in the c … Read More

This was originally posted on June 20, 2010, ie last Father’s Day. It was written as a tribute to my dad (and all other MEN who either are fathers or play that role), but it was also a very pointed message toward Single Mothers who almost arrogantly insist that they be “honored” or “recognized” on Father’s Day, as well as insinuate that they can do both roles. Speaking as a man who had a Father in his home, you can’t. The year that has passed has only strengthened my stance on this matter, BTW. Here you go.

♣ The Toughest Jobs are often the most Thankless…♣ "There's so much negative imagery of black fatherhood. I've got tons of friends that are doing the right thing by their kids, and doing the right thing as a father — and how come that's not as newsworthy?" — Will Smith (No Relation…sadly) SOUTHFIELD, Mich. — It's a warm and quiet early summer evening on the northwest side of Detroit. It's the rare quiet and peaceful neighborhood in the c … Read More