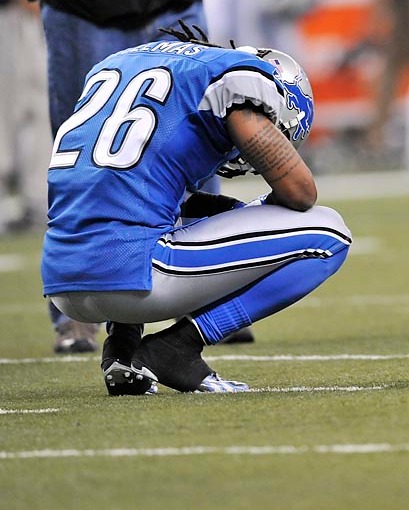 “The Detroit Lions are that family member that makes you blindly angry, and even embarrasses you in public, but you support them because they are still your family.”

DETROIT — In my 21 years of being an avid watcher of the Detroit Lions (prior to age 10, I was primarily a baseball and basketball fan), I have seen and heard some ridiculously brutal losses and even a few epic wins. There was the 1990 game against the Washington Redskins at the Pontiac Silverdome where the Lions blew a 31-14 lead and lost in Overtime. There was the 1991 NFC Championship Game against those same Redskins. There’s the 1993 NFC Wildcard game at the Silverdome against the Packers where the Lions led w/less than two minutes to play when a young QB named Brett Favre found a wide-ass open Sterling Sharpe for the game winning TD. There was the 1995 58-37 Playoff curb-stomping in Philly. The worst of them all: Christmas Eve, 2000. Losing to the then-4-11 Chicago Bears when you are staring at a potential playoff berth. If they made it, they might have actually done work. That “L” ushered in Matt Millen and the single most disastrous decade in NFL History. Regular readers of this blog have seen how at the end of it I’ve taken to doing a Walter Cronkite/Keith Olbermann-style countdown of the number of days since the last Detroit Lions victory. The Lions lost 114 games from 2001-2009. Included in that are two different 24-game road losing streaks, two 13-loss seasons, two 14-loss seasons, and one winless season! After all that, you’d think I’d seen it all. Then came yesterday at Ford Field. Let’s Go. END_OF_DOCUMENT_TOKEN_TO_BE_REPLACED